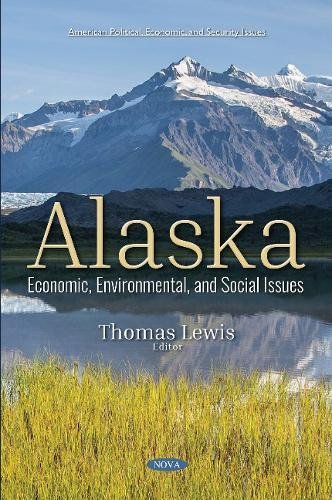 The authors begin this collection by linking human and ecological systems research to analyze resource management decisions for Alaska's first submerged aquatic invasive plant, Elodea spp.. A case study is presented which may aid other countries in management of elodea by outlining steps for future policy-making, with the goal of retaining the ecological integrity and economic value of Alaska's va...

t freshwater resources. Next, the authors use the De Martonne aridity index and the UNEP Index to determine the humidity of Alaska's Prince William Sound. The indices for climate variability indicate higher humidity in the western sides and lower humidity in the eastern sides. These results highlight the spatial distribution of the climate variables in Prince William Sound from southcentral Alaska. Following this, the Bering Glacier in South Alaska is analyzed for its size resultant from complexities of geographical position, accumulation area, and climate conditions. The results of the analysis illustrate the high variation of the Bering Glacier movements in response to climate change. The concluding chapter examines the beginning of orderly social policy in Russian America in 1784, when well-known merchant G.I. Shelikhov founded the first permanent Russian settlement on Kodiak Island off the southern coast of Alaska. A certain impetus to social policy was created by the monopoly Russian-American Company after their coming to power in Russian colonies of naval officers in 1818. The Russian-American Company abolished slavery, increased payments for furs, supplied natives with food during hunger strikes, and conducted mass vaccinations. Thus, the life of the Aleuts and dependent Eskimos slowly but gradually improved. (Nova)